The Memorial Honor Role is reserved for police officers who have died as the result of action taken to enforce criminal laws, or while otherwise acting in the interest of the public safety and welfare.

For the intended purpose of the Memorial, the term police officer is defined as any person who has been granted police powers by specific statutes to enforce criminal laws and regulations. “Police powers” as used herein must include the authority to: (1) make arrests and conduct searches with or without warrant; (2) carry firearms; and (3) use whatever force is necessary, including deadly force, to enforce such laws and regulations.

Once the conditions of eligibility have been met, the time and place of death of the police officer shall not be considered as a matter of import. Simply being on the way to or from work, in or by itself, is not sufficient to warrant entry to the Law Enforcement Memorial. 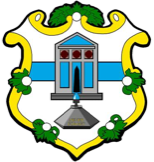