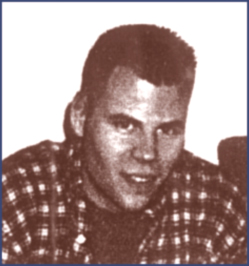 Officer Aselton, 26 years old, and a 2-year member of the force, made the ultimate sacrifice in the line of duty when he responded to a routine noise complaint. He interrupted a home invasion, saving the tenant's life, and was shot in the forehead during a struggle with one of the suspects.

On January 23, 1999 at 9:15 PM, Officer Brian Aselton and another officer responded to a routine noise complaint outside an apartment building which sits on top of an auto parts store at 454 Main Street, East Hartford, CT. Upon arrival, Officer Aselton, 26 years old, and a 2-year member of the force, checked the outside of the building with his back-up and found nothing. The back-up unit cleared. Officer Aselton entered the building to talk to the caller. Officer Aselton went up to the second floor. He then observed a male leaving an apartment at a fast pace covered with blood. Officer Aselton grabbed the male, and a brief struggle began. The male suspect produced a handgun he had just stolen from the apartment and fired one shot, striking Officer Aselton in the forehead. Officer Asleton died a short time later at Hartford Hospital.

The male along with a female left on foot. He was arrested 3 days later after info was given to Hartford Police Officer Andrew Weaver during a routine car stop. Shortly after, three more suspects were arrested due to their involvement in this murder.

During the murder investigation, it was found Officer Aselton interrupted a home invasion type robbery. The apartment’s tenant was bound, gagged, and severely beaten. It was due to Officer Aselton’s interruption of the robbery that the victim survived the attack. Officer Aselton made the ultimate sacrifice in the line of duty on Saturday evening, January 23, 1999, saving a life doing so.