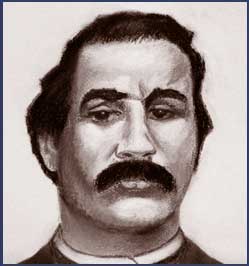 Chief Hayes’ killer was tried and convicted of murder in 1881 and executed in 1882.

Chief Hayes’ killer was tried and convicted of murder in 1881 and executed in 1882. During the course of the jury deliberation a potential deadlock was avoided when Judge John Duane Park instructed the jury to make every effort to reach a unanimous verdict. Forever to known as the “Chip Smith” charge, this jury instruction is used to this day in Connecticut Criminal Procedure. Smith v. Smith. 41 Conn. 377(18811)

Erected in memory of Daniel Hayes and Mary Hayes for their enduring contribution to Ansonia, as well as to Detective Edward Sexton whose tireless efforts resulted in this memorial.