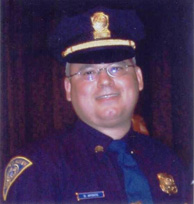 Sergeant Aponte was responding to a domestic violence call when he violently collided with another responding officer at an intersection. He died as a result of injuries sustained in the accident.

Police received a 911 call at 11:23 pm on Tuesday, Sept 9, 2008 in which a citizen reported a man beating a woman in the middle of the road outside 53-55 Maltby Street. Sergeant Dario Aponte and Office Diane Gonzalez were responding to said location in their respective police vehicles when they violently collided at 11:27 pm at the intersection of Chapel and East Streets. Sergeant Aponte died as a result of injuries sustained in the accident.