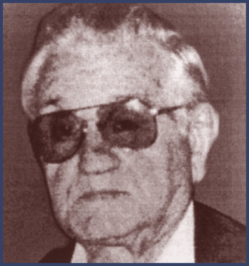 Auxiliary Trooper Truelove stopped for a disabled vehicle on I-84. After directing the occupants to safety on the far side of the guardrail, he attempted to safeguard the scene with his strobe lights. Several minutes later a truck drove into his cruiser, killing Auxiliary Truelove in the crash.

On November 13, 1992, Auxiliary Trooper Edward W. Truelove stopped for a disabled motorist in the truck-climbing lane of I-84 in Cheshire. After directing the driver and passenger to safety on the far side of the guardrail, Auxiliary Truelove radioed for a tow truck and attempted to safeguard the scene with his strobe lights. Several minutes later an interstate truck driver drove into the rear end of the cruiser and Auxiliary Truelove was killed in the crash. If not for his concern about the occupants of the broken down car and his orders to move off the roadway, they too might have died.