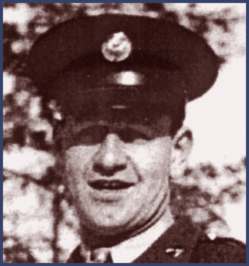 Officer Schilke, age 22, had been with the department for 3 months. After a gas explosion at the Wallace Burnes Rolling Mill, he was attempting to rescue an employee. He was overcome by gas fumes and died a hero’s death.

On May 17, 1944, Officer Schilke, 22 died after being overcome by gas fumes in an attempt to rescue an employee of the Wallace Burnes Rolling Mill, following a gas explosion. Officer Schilke made a valiant effort to save the man and, according to Police Chief Crowley, Officer Schilke died a hero’s death.

Officer Schilke was a full-time supernumerary who had only been with the department 3 months. He left his father, step-mother, 3 brothers and 5 step sisters.