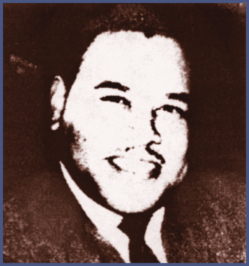 While on undercover assignment as a store owner to gain bookmaking information, Officer Hawley became involved in an argument about numbers with a subject who then shot him four times.

Officer Frank Hawley and another officer were in an undercover assignment as a storeowner at 719 Congress Avenue to gain bookmaking information. Both officers worked in that area for about a year gathering important intelligence information. On January 31, 1970, Officer Hawley became involved in verbal dispute with a subject about numbers. At this time the subject pulled out a small handgun and shot Hawley four times.

When he was hired as a police officer he went directly undercover and never wore the New Haven uniform until the day he was buried in it with full honors.