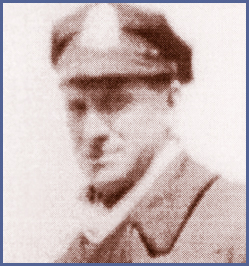 Racing on his motorcycle to a dispute at a nearby ball field, Officer Palmer struck a crossing vehicle at an intersection. He suffered a fractured skull and never regained consciousness.

On a Sunday afternoon, July 31, 1932, a baseball game was in progress at the East Ridge ball field. Charley Stannard was selling peanuts, popcorn, crackerjacks and other of his wares to the ball fans. Suddenly another peddler showed up and began giving Charley a considerable amount of competition. Charley and his friends became very irate at the intrusion of the stranger and demanded that the new concessionaire produce his credentials. The man refused and the dispute grew until the situation became quite grave.

Whereas, the state police were only 100 years away, no one thought to call them. Instead, a call was put in to Jack Palmer, who was patrolling in the traffic on Main Street, on his Harley Davidson motorcycle.

On a pole, in front of the Ridgefield Bakery, now the Roma Pizzeria there was a red light. Whenever police assistance was needed and a call was received in the telephone office, which was upstairs over the bakery, the red light was flashed by the telephone operator. Incidentally, the head operator was Jack Palmer’s wife Elizabeth. Lizzie, as we called her, would never flash that light again for Jack. Jack noticed the light and called the telephone office and was then directed to the ball field, In his usual fashion, Jack raced to Governor Street and headed for East Ridge, at a high speed.

Mrs. Jennie Blackmore, driving an Oakland touring car, was traveling south on East Ridge. There were no stop signs at the intersection of East Ridge and Governor Street, in those days. Mrs. Blackmore started across the intersection, as Jack roared up the hill where the Boys Club is now. The motorcycle struck the right front door of the touring car and Jack was thrown high in the air. He landed on his head, about 20 feet from the point of impact. The result was that Officer Palmer suffered a fractured skull and he never regained consciousness.

As might be expected, The Town was plunged into deep mourning over the tragic event. All of the stores closed during the funeral that was attended by high ranking police officials, from all over the state.