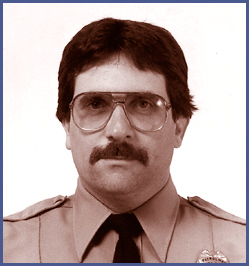 During an intense storm, Patrolman Martin responded to an emergency call of someone trapped in a vehicle by downed trees and power lines which were on fire. While surveying the scene, he was electrocuted.

On July 23, 1991 at approximately 4:44 p.m., during an intense storm, Patrolman Martin, who was assigned to the 3-11 shift in the uniformed patrol division, was dispatched to an emergency call of person(s) possibly trapped in a motor vehicle by downed trees and power lines which were reported to be on fire. Patrolman Martin responded to the area of the complaint. (Valley Road near Mariomi Road) and exited his patrol vehicle to check the scene. While Patrolman Martin was surveying the scene he came in contact with the electrified wet road surface and/or the downed power line and he was knocked to the road surface.