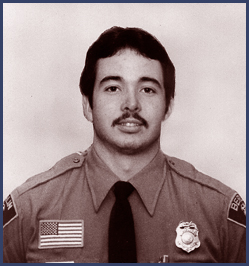 Officer Casner was killed in the line of duty while assisting at an accident scene on the Wilbur Cross Highway. He was standing on the shoulder of the highway between the curb and his cruiser when he was struck by a drunk driver.