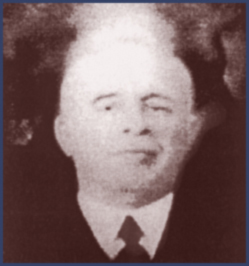 Constable DeCarli was helping a farmer apprehend a thief who had been taking milk from his barn for several nights. During their stakeout, the suspect shot Constable DeCarli twice, gravely wounding him. He died the next day.

Farmer Walter Gerber of Ellington requested Constable John B. DeCarli’s help in apprehending a mysterious individual who for several nights had been taking milk from cans in Gerber’s barn. The men decided to stake out Gerber’s milk room on the night of August 30th in the hopes of catching the thief. A man emerged from the hayloft about 10 p.m. with an empty milk bottle in his hand. DeCarli and Gerber made their presence known and Constable DeCarli attempted to arrest the suspect. The suspect, John Bey, produced a gun and shot DeCarli twice, once in the abdomen and in the leg. Gravely wounded, the fallen DeCarli still managed to fire off several shots of his own, striking his assailant in the arm. As the suspect fled on foot, DeCarli was rushed to Rockville Hospital where he died the next morning.