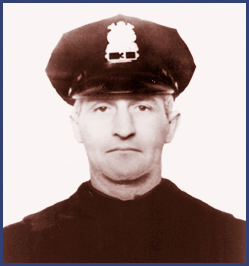 A veteran officer with the Hamden Police Department, Officer Hodder was killed while directing traffic on Dixwell Avenue during the late evening hours. The hit-and-run driver was later apprehended and arrested.

Officer Milton Hodder of the Hamden Police Department, was killed while he was directing traffic on Dixwell Ave., during the late evening hours of April 21, 1943. Officer Hodder was struck by a hit & run driver, who was later apprehended and arrested a mile from the scene.