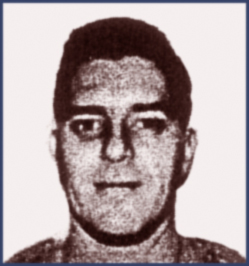 While out Christmas shopping for his family, Lt. Beaupre was held up by three men, taken to the town of Enfield, and executed. The perpetrators later indicated that Lt. Beaupre had been on a list of law enforcement officers targeted for execution by a subversive group in existence at that time.

On December 19, 1967, Lt. Beaupre was out Christmas shopping for his family and was held up by three men as he was entering his vehicle. Upon identifying himself as a police lieutenant he was taken to the Town of Enfield where he was executed. Upon apprehension, the perpetrators indicated that he was one of the number of law enforcement officers on a list that were targeted for execution by one of the subversive groups in existence at that time.