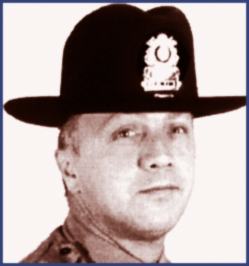 Officer Stankye was conducting an investigation of a residential burglary when he went into cardiac arrest and later died.

On September 3, 1981 at approximately 1454 hours, Officer Robert Stankye and other officers of the Orange Department of Police Services were involved in a pursuit of a vehicle that was attempting to elude them. At the time, it was believed the occupants of the fleeing vehicle were involved in a residential burglary that had occurred in the area where the vehicle was first observed. The occupants of the vehicle were apprehended and it was ascertained that they were not involved in the burglary, but were arrested for possession of narcotics. Shortly after assisting in the apprehension of the aforementioned subjects, Officer R. Stankye returned to the location of the residential burglary to conduct the investigation. At approximately 1532 hours while at the burglary scene, Officer Stankye complained that he was not feeling well and that he had pain in the left side of his chest and left arm. Officer Stankye was transported to the Hospital of St. Raphael, New Haven where on arrival he went into cardiac arrest. He was revived but subsequently suffered additional attacks and died.