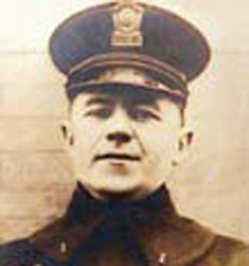 While investigating a burglary in progress, Sergeant Kearney and Officer Walker were pursuing a suspect, who turned and fired, killing them both.

On September 29, 1935, while investigating a burglary in progress, two suspects were observed by Officer Walker and Sergeant Kearney. The Officers pursued one suspect, who turned and fired upon them. Both died of injuries as a result of the shooting.